Alright, a real treat of a blog here this week.  It’s about a week overdue from when I drank it but damn…

Anyway, this is a beer that I was never able to get back East so finding it was a mission this year.  This is the original Bourbon Barrel aged beer.  I’ve heard lots of myths and rumors about it but apparently it only really comes out around Thanksgiving.  I was in the beer store at 8am the day after Thanksgiving and boom……beer! 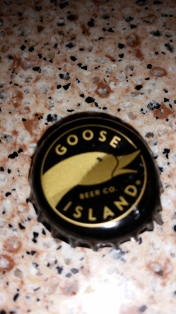 IBU: 60 (which is pretty bitter for a stout but damn good)

Overall taste: Un-fuck-ing-believable….honestly, this is the kind of beer you sleep out for, pay extra for, whatever it takes.  It’s very think and rich and just flows.  Honestly, I pounded mine and ended up too drunk to blog originally because it was just such an easy drink.  If you read any other reviews of this beer it will be described at “The Prototype” and that’s exactly right

Ideal consumption amount:  Absolutely positively only one…I was pretty rocked after this one, I probably drank it too quick

Similar Beers:  The Abyss is pretty close but honestly, this beer is in a class of it’s own.  Maybe Founders too but so far, nothing I’ve had comes close to Bourbon Country.